Camping around Flathead Lake. Recreational activities on and around Flathead Lake include multiple camping sites, including the 13 public access site maintained by Montana Fish Wildlife and Parks, sailing in and around the Dayton area, motor boating, waterskiing, swimming, fishing, and picnicking. Public Access and Camping Access sites include: Bigfork, Elmo, Juniper Beach, and Sportsman’s […]

Pablo National Wildlife Refuge is located on tribal trust lands of the Confederated Salish and Kootenai Tribes. It is superimposed...

The National Bison Range is part of the National Wildlife Refuge System. It was established in 1908 and is one...

Go Hike With Mike Trail Guide The Flathead Lake Vacation Guide Vacation and Trail Guide Combo Pack Hiking and Backpacking Montana is a word derived from the Latin expression meaning "mountainous." The rugged Continental Divide zigzags across western Montana from the jagged peaks of Glacier Park to the ancient Beartooth plateau. In all there are 77 mountain ranges in Montana. The potential for hiking and backpacking in Big Sky Country...

In 1910, Congress established Glacier National Park Montana. Conservationist George Bird Grinnell played a key role in the creation of this park in order to preserve the land's natural beauty. Indians have always revered this region. The Blackfeet, Salish, and Kootenai Indians, who have lived in the area for hundreds of years, consider it a sacred place. Glacier National Park is named for the glaciers that produced its landscape. A...

Lakes and Rivers in Montana

Flathead Lake Montana is considered the largest freshwater lake west of the Mississippi within the boundaries of the continental United States. The Lake contains cover...

Lake County Montana. Located in northwestern Montana, Lake County is Montana’s ninth most populous with 26,904 residents, according to the 2001 estimates produced by the U.S. Census Bureau.

According to the Montana Almanac, by authors Andrea Merrill and Judy Jacobson, the county was established in 1923 and was one of the last counties to be formed in Montana.

The authors add Flathead Lake was the inspiration for Lake county’s name and Polson was named for Mission Valley stockman David Polson. Lake County is home to the Confederated Salish and Kootenai Tribes of the Flathead Nation. The Flathead Reservation was established by the Hellgate Treaty of 1855.

According to the U.S. Bureau of the Census, median income for Lake County households in 2000 was $26,169. The county is 1,653.8 square miles in area; 1,493.8 square miles in land area and 159.9 in inland water area. County residents experience the four distinct seasons.

Family fun in the Mission Valley Montana might include a scenic drive in a natural valley formed by the 10,000 foot peaks of the Mission Mountains. The Mission Valley also includes many historical sites and museums located on the Flathead Indian Reservation.  The Reservation is home to the Salish, Kootenai and Pend d’Oreille peoples.

In Polson, you can go jump in the lake. After drying off in the lake you can visit the Polson Flathead Lake Museum.  Rent a sailboat, canoe, speed boat or jet ski for some fun on Flathead Lake, or try a lake cruise on one of the tour boats. Then, head south on 93 to find two wildlife refuges; Pablo National Wildlife Refuge is just west of Pablo, while the Ninepipe National Wildlife Refuge us a few miles south of Ronan. The Ninepipe Refuge is home to more than 180 species of waterfowl and other birds.

Things to do in Lake County. 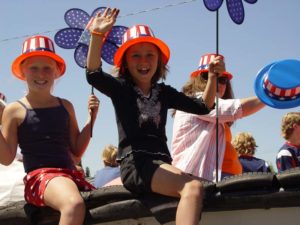 Along the drive from Polson to St. Ignatius you will drive past the Tribal Museum, The People’s Center. The People’s Center  is the place to experience the rich cultural heritage of the Salish, Pend d’Oreille and Kootenai tribes. Continuing on to Ronan Montana is the Garden of the Rockies Museum. About 10 minutes out of Ronan, heading south you will find the Ninepipes Museum of Early Montana.

Farther south on 93, between Charlo and St. Igantius resides the Four Winds Indian Trading Post and further down the road is the St. Ignatius Mission. This church, established in 1854, has 58 impressive murals inside on its walls and ceilings. Perhaps even more impressive is the fact that the man who painted them all, Brother Joseph Carignano, was a member of the kitchen staff with no formal art training.

Finally, turn west onto Highway 200 at Ravalli and head to Moiese. There, you’ll find a herd of about 400 American Buffalo at the National Bison Range, as well as elk, antelope, mule deer, bighorn sheep and whitetail deer. During the Summer, a self-guided tour of the Range is available. It takes two to three hours, and costs $4 per car. If you prefer, a shorter half-hour tour is also available.